As the Tories flounder in their search for a solution to the Brexit deadlock, people are left wondering what is exactly is going on and how we're going to get to the other side of the mess. Meanwhile, the clock ticks on toward 'Brexit Day'.

Local Liberal Democrats hope to shed some light on what is happening - and what might happen next - in a panel discussion to be held in Penzance this week.  The meeting, which is open to all, will take place at St John's Hall on Friday 1st February, starting at 7:30pm.

Joining Andrew George on the panel will be Julie Girling MEP, who was expelled from the Tory party for her views on Brexit.  The meeting will be chaired by local writer and political columnist, Mike Sagar-Fenton.

Julie Girling was expelled from the Conservative party after expressing her view, in a vote in the European Parliament, that the British government had not progressed far enough in Brexit negotiations.  She said in an interview for the Guardian, “I thought it was fundamentally dishonest to pretend that negotiations have got to the point where negotiations can move to the next level.”

Friday's meeting is the latest in a series of events organised by Andrew George and St Ives Liberal Democrats, aimed at exploring the possible impact of Brexit on Britain - and in particular on the lives of people in West Cornwall. 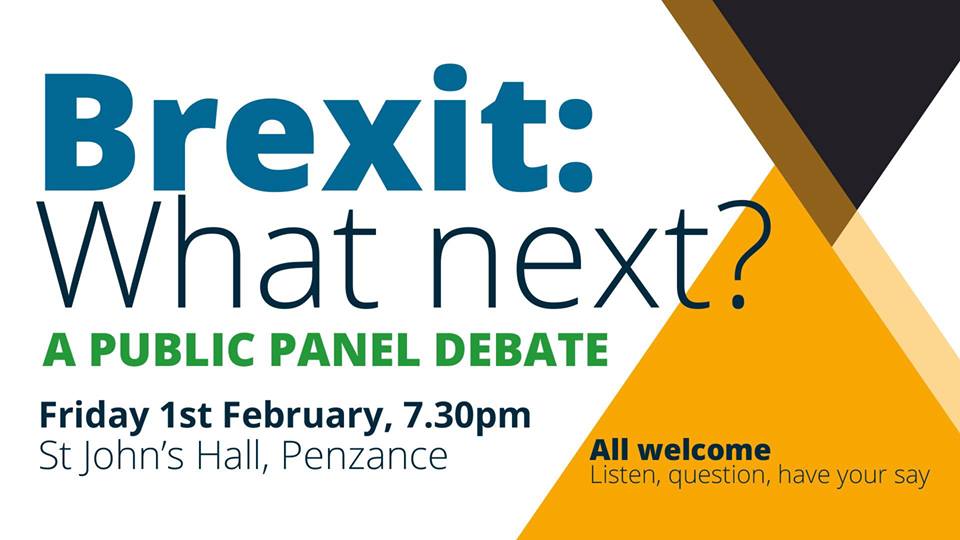