The people must have the final say

The Liberal Democrats’ admirably strong anti Brexit line is already well understood.  But claiming we would unilaterally stop Brexit without reference to the people through a referendum if we win the next General Election is unnecessary, wrong and counterproductive.

Jo Swinson is doing a great job. But I’m not convinced the Leader’s office has thought this through.  I’m as passionate about wanting to stop this damaging Brexit led by people with dodgy agendas as she is. But this policy will make that job more difficult.

We were told that a policy to “Revoke Article 50” if we secure a majority Government would CEMENT our place as the “most anti-Brexit/pro Remain Party”. Maybe that’s true for Scottish seats where the main threat is an equally passionate anti Brexit SNP. But in Cornwall, Wales and England if we have any spare cement we should be building a bridge to our Leave voting supporters not building a folly which risks making us look aloof.

It’s contrary to our belief that the next General Election should be about more than just Brexit. Our NHS, climate, schools, housing and so much more need attention.  It would be counterproductive as many of our supporters voted Leave but recognise that my/our commitment across the board on matters of social justice and protecting public services are more important than Brexit.

Let’s heal the divisions created by the Tories 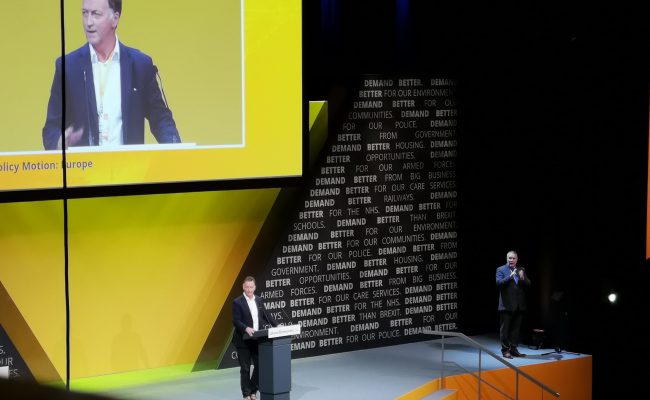 And it does nothing to heal the deep divisions created by the Conservatives and their catastrophically incompetent handing of this issue. There isn’t a painless way out of the mess the Tories have caused. We can and must start the process of healing the country. This is salt in the wounds.

I attempted to persuade the the Conference. But didn’t succeed.

I don’t believe any Party will win an outright majority at the next election. So the policy is largely academic. But nevertheless it’s a gift to the hard right Brexiteers.