Andrew George has been selected as the Lib Dem candidate for the new Ludgvan,Madron,Gulval & Heamoor division for the Cornwall Council Elections in May.

Cornwall's best interests come before Party politics. Andrew has always put our local communities before Party tribalism. While the Conservative Government slashed Cornwall's core grant in half Liberal Democrats have worked with other Parties and Independents to protect Cornwall's vital services..

Andrew is a nationally recognised NHS campaigner. He led successful campaigns to protect our hospitals. The Conservatives closed Poltair and Edward Hain Hospitals. Andrew's campaigning for a new-build hospital to replace much needed inpatient beds and services.

Andrew has consistently backed efforts to combat climate change and protect our environment.

Conservatives have dismantled successful Liberal Democrat green measures and voted against/ opposed every measure to combat climate change. Locals are not impressed by Conservative attempts to green-wash themselves with photos of tree-planting and beach-cleans. Andrew and the Liberal Democrats will push for carbon neutral Cornwall by 2030.

Andrew is a leading housing campaigner. He runs a charitable trust delivering decent homes for locals. The Conservatives have delivered multi-million tax advantages for second homers and a planning system which favours big developers and property speculators. Andrew will always fight to help locals in need and against developer greed.

Liberal Democrats have protected and enhanced Cornwall's Social Care in the teeth of Government cuts. They have lifted frontline workers' pay, higher than the Government's base to Foundation Living Wage or above. Andrew says the Covid pandemic has reinforced the need to build a kinder society. "Cornwall Council should provide the backbone for a caring Cornwall". 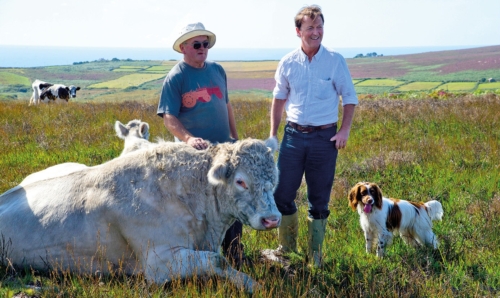